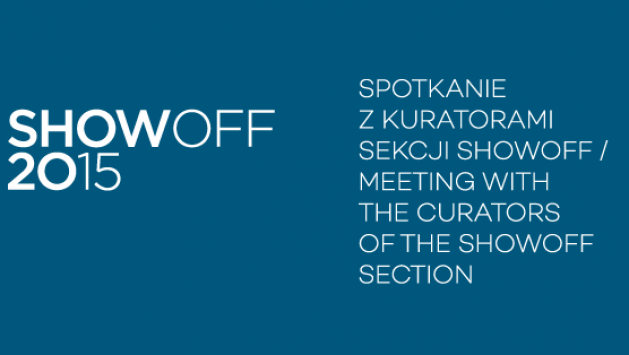 Join us for a meeting with Marta KOŁAKOWSKA, Igor OMULECKI and Anna NAŁĘCKA, the people responsible for the selections in the ShowOFF competition, along with the section curator Piotr SIKORA. During the discussion we will find out how the jury arrived at their final nine-strong shortlist and what criteria they followed. We will be talking about repetition and clichés in contemporary photography as well as discussing the very format of the ShowOFF section competition and the role of the curator, whose decision on what will go into the final exhibition makes him above all a critic.

Marta Kołakowska (born 1973, Niepołomice)
A graduate of the History of Art and Management in Culture at the Jagiellonian University. Initiator of the first, professional Photography Auction held at the Dom Dochodowy in Warsaw in 2003. Since 2007, she has run the LETO gallery, representing Aleksandra Waliszewska, Angelika Markul, Konrad Smoleński, Maurycy Gomulicki, Wojciech Puś, Radek Szlaga, and Honza Zamojski, among others. Promoter of the most interesting phenomena in leading-edge art. Co-organiser of the Hożarty Festival (2009-2011) and Warsaw Gallery Weekend (2014).
Ania Nałęcka (born 1977, Zabrze)
Designer of books (as Tapir Book Design), and permanently collaborating with Sputnik Photos. Winner of many prestigious awards, including the 69 and 71 POYi and Paris Photo/Aperture Foundation Award (Shortlist 2012, 2013, 2014). She has designed 7 Pokoi, W samochodzie z R, and The Winners by Rafał Milach, Brutal by Michał Łuczak, Adam Pańczuk’s Karczeby, Martwa fala by Mateusz Sarełło, Boiko by Jan Brykczyński and Die Mauer ist weg! by Mark Power, among others.
Igor Omulecki (born 1973, Łódź)
Graduate of the Łódź Film School, lecturer at the Academy of Photography in Warsaw. His creative undertakings span photographic para-documentary, sound art, conceptual art, and experimental film. In recent years he has created works relating to Nature, the Family, and an analysis of structures. His works have been exhibited at such venues as the Barbican in London, the Centre for Contemporary Art in Tel Aviv, the Matadero in Madrid, and the Museum of Contemporary Art in Warsaw. The artist is represented by the Le Guern gallery in Warsaw. He lives and works in Falenica.
Piotr Sikora (born 1986)
An independent critic and curator. Member of AICA and curator of the ShowOFF Section at Krakow Photomonth. Enthusiast player of hardcourt bike polo. Lives and works in Prague and Krakow
Pauza In Garden
ul. Rajska 12
17.05.2015, 12 p.m.
Tweeter