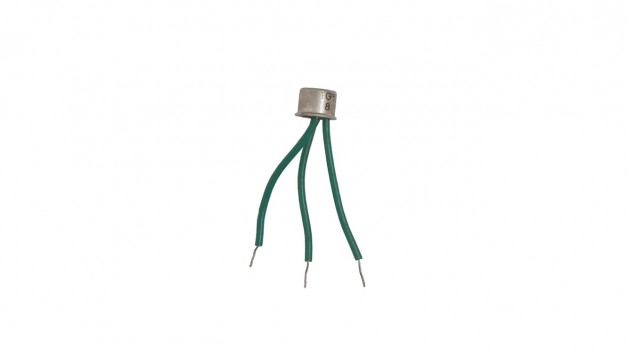 The travel books did not fit on the shelves, and his soul does not fit in our contemporary reality. To sail around the world, just like Baranowski—that would be something.
Countries, islands, and archipelagos that were unknown to me were entwined with transistors, resistors, and antennas in our talks. As was the smell of resin, overlaying a desk covered with electronic components, which in time found their place within the mysterious-looking device.
Marek built his first “radio” in 1978. He then qualified as a ham radio operator. I remember the first time I saw him while he was communicating. His hand conveyed his thoughts to the transmitter with great speed. The sounds, ever-changing and incomprehensible to me, would reply. And so on and so on, back and forth.
Marek was already far away. He overcame the difficulties associated with getting a passport, obtaining visas, the lack of money. He was talking to someone living at the end of the world. This journey has already lasted for thirty-five years.
SP9DGO—that’s what other ham radio operators call my friend.

Bogusław Madej took up photography again over 30 years after his first fascination with it, embarking on studies at the Academy of Photography under the tutelage of Michał Łuczak. In 2014 he published the photo book Pestka winogron [Grape seed], on the history of teenage scouts in the 1970s. Madej’s project SP9DGO was named the best portfolio at the 9th Portfolio Review at Krakow Photomonth and awarded the Griffin Art Space – Lubicz 2014 Prize.

Michał Łuczak, documentary photographer, editor of photo books and curator. In 2008–2009 he assisted Andrzej Kramarz with the projectsStefania Gurdowa – Klisze przechowuje się and Stefania Gurdowa – Czas niewinności. Since 2010 he has been a member of the Sputnik Photos collective, creating projects such as Is(not) and Distant Place, as well as the continuing Lost Territories. The same year, with Anka Sielska and Krzysztof Szewczyk, he founded the Culture of the Image Foundation. The author of the photo book Brutal, 2013 Polish Photographic Publication of the Year. As a curator, he worked with Mateusz Sarełło on the exhibition Swell (KPM ShowOFF 2012). Łuczak leads a self-designed documentary photography workshop at the Academy of Photography in Warsaw, and is one of the leaders of Sputnik Photos’ Mentor Programme. He is also a doctoral candidate at the Institute of Creative Photography in Opava.