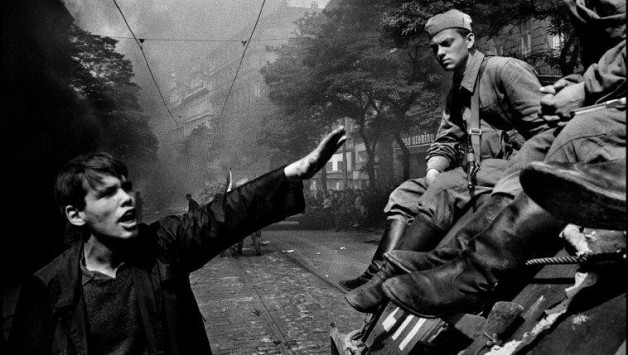 Josef Koudelka, photographer, was born in 1938 in Moravia. He took his first photos as a student of aeronautical engineering in the 1950s, and in 1961 he began photographing Prague theatre and Gypsies in Czechoslovakia. In August 1968 Koudelka documented the intervention of the Warsaw Pact forces in Czechoslovakia, smuggling his photos to the Magnum Photos agency, which published his material anonymously in The Sunday Times Magazine. In 1970 he left Czechoslovakia and was granted political asylum in England, and in 1974 became a full member of Magnum. He currently lives in Paris. Koudelka has garnered numerous awards for his reportage series, including a Robert Capa Gold Medal (1969), a Prix Nadar (1978), and a Grand Prix Cartier-Bresson (1991). The most important exhibitions of his works have taken place at the Museum of Modern Art and International Center of Photography in New York, Hayward Gallery in London, Stedelijk Museum of Modern Art in Amsterdam and Palais de Tokyo in Paris.