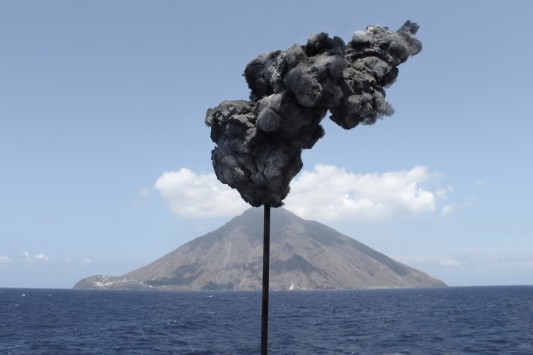 The Prognostic project is a series of objects whose meaning depends on the space where they are found. Here, this space is the volcanic cones of Italy, against whose backdrop simple, abstract sculptures made by Michał Smandek are photographed. Appropriately cropped, these objects demonstrate the moment of eruption – predicting an event that will take place in the near or more distant future. These works were a pretext to travel, rather than an objective in itself. They were the most important equipment, on which all the difficulties of the journey had an effect, as it did on their owner who carried them. The project looks at the impact of the forces of nature on human activity, and vice-versa – human interference in nature. It examines the subject of catastrophe as spectacular phenomenon, in the face of which, for all the support that technology gives us, we are powerless.

He works with sculpture and installation. He believes that every material and every space can be used for sculpture, but everything depends on the method, idea and form that we choose. During his travels he searches for inaccessible places, which become a background for his land art activities. Has taken part in exhibitions in Poland and abroad. He lives and works in Katowice. 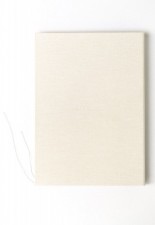