An open call for volunteers


In 2002, the Foundation for Visual Arts launched the first edition of the Krakow Photomonth Festival. Ever since, and over the course of a decade's worth of festivals, Photomonth has evolved into one of Europe's most compelling yearly surveys of photography. The festival has, dating back to its inception, owed much of its operational success to the spirit, vigour, and dedication of an ever-expanding corps of committed volunteers. And so, as the 11th Krakow Photomonth Festival (May 16–June 16) fast approaches, we are eager to extend and renew our annual call for volunteers to anyone interested in actively contributing to the day-to-day running of this year's festival.
Tasks, responsibilities, and volunteer opportunities are myriad and diverse as the festival programme itself. As in past years, venues across the city will become home to dozens of exhibitions and overlapping events, ranging from workshops and artist meetings to discussion panels, film screenings, concerts, parties, and more—and suffice it to say that volunteers will play a key logistical role before, during, and after each and every event, and on a daily basis throughout the festival's run, helping with installations, the distribution of promotional material, supporting and interacting in countless ways with the festival-going public, artists, and curators, etc.
Volunteers will, at the same time, be afforded a unique from-the-ground-up vantage point, as they witness firsthand the way in which a major international cultural festival comes together—incrementally and collaboratively—over the course of a month. We hope, too, that participation this spring will not only be educational, but also fun and inspiring from one day to the next.
The call for volunteers is open to all, regardless of age. We are interested in working with anyone who is motivated, enthusiastic, and capable. It is not strictly necessary for all volunteers to be fluent in Polish, although supplementary language skills (English, German, Spanish, French, Italian, etc.) are a definite plus, especially as the festival's audience is an international and multilingual one.
We look forward to hearing from you at:
wolontariat@2015.photomonth.com
Sincerely,
The Photomonth Team
Tweeter
Buy festival publications 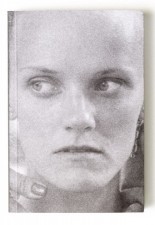